This year I’ve unwillingly signed up for a nomadic lifestyle. It with itself brought a lot of challenges and ad hoc movements between places, blurring the line between working and non-working time, home and away, belonging and not belonging. Quite often I’ve been on the move and I’ve missed having my own physical dwelling and my small world around me. I’ve missed my usual rituals which make a great part of my everydayness and of who I am. Instead, I’ve been torn between the countries, the houses, the Airbnbs, here and elsewhere. All my belongings are temporarily boxed up while my vital stuff is packed in a single bag with which I move around. And while I am waiting for the stars to align and I can finally move into a flat in London, I am in Novi Sad, slowly sorting and packing my things before our family house is pulled down and we need to move towards the end of the year. So basically, when I am at home, I live surrounded by the construction site, and the construction site is not really the best place to wake up in or work at. When I think about it, I hadn’t asked for all this when I wrote to Santa last year! 2020 has been nothing I was expecting it to be; my known world has disintegrated and I’ve been all over the place, both physically and mentally. But then again, I am not alone in this. The whole world has been shaken and we all need to adapt and try to find new ways of being – even if it is moving around with a bindle stick, whistling the famous ‘Hakuna Matata’ song and hoping for the best.

To keep peace of mind, I often dislocate from reality, which is currently full of dust, noise, uncertainties and tensions. I’ve always enjoyed solitude and being in liminal spaces, where I can do things my way and without having my thoughts interrupted. I would then pack my small backpack and leave for places in which I can focus and be physically active, and which fill me up with calm and joy. These places are normally away from the cities, where the absence of humans give way to the presence of wildlife, and where the colour green exists in abundances. This time, however, I made a slightly different choice. I didn’t feel like being physically active at all, I felt like I needed grounding in a place and literally doing nothing for extended periods of time. I thus sent myself to a spa town, a settlement in the border region where the River Drina separates Serbia from Bosnia, nestled between the foot of the wooded mountain Gučevo and the city of Loznica. This place, built around sulphuric thermal springs many moons ago, became my temporary sanctuary.

Banja Koviljača is not only the oldest spa town in Serbia but has been also known as the elite Royal Spa Resort with cutting-edge medical services. Its history dates far back into the past, however, the turning point in its development marked the year 1858 when the healing properties of its thermal springs and mineral peloid (mud) started to be used in the treatment of various diseases. Here, King Aleksandar I Karađorđević built Kur-salon for the entertainment purposes of the aristocratic elite. It contained the lavish ballrooms, the first gambling room in the Balkans, and an avant-garde congress centre. Banja Koviljača cemented its reputation as a spa town during the reign of King Petar I Karađorđević who built for himself the sulphuric bathtub near his residential palace. The spa consequently became a modern centre for prevention, healing and rehabilitation. In 1998, it was named the “Special hospital for rehabilitation Banja Koviljača” positioning itself among Europe’s state of the art rehabilitation centres. I simply thought this sounded like an ideal place to be, to heal my RA joints and exhausted mind.

The first couple of days I was only pottering around the place in a blasé manner. The noise from the building site was gradually being replaced by the soothing shades of green, the cranes and bulldozers got the shape of trees and bushes, and the thick city dust turned into a crisp air of the Royal park. It was difficult to get used to the sounds of nature instead of relentless drilling noise and hundreds of decibels which were messing up my thoughts. Instead, the prolonged pealing of the bell coming from the Church of the Holy Apostles Peter and Paul, which I could hear every day around lunchtime, was incredibly calming and therapeutic. I would walk out to the park with my laptop, randomly choose a bench to rest on, and do some work. I was finding cosy spots in and around the park, and, although my mind was still focused on work, I soon started to feel the difference. The tension left my body, instead, the fresh air and oxygen cleared my head and lungs, and my heartbeat became slower. Not only the heartbeat, my body movements too. The laziness overwhelmed me and I couldn’t be bothered to change that. I tried to imagine what the life of a sloth is like – do they only move slowly or they also think slowly? Or they don’t think at all? Anyway, the first few days of my stay I spent in the easy working mode, however as the weekend kicked in, I pressed the “Idle” button and, like that sloth, let my arm hang down the tree for days.

I didn’t go far, nor did I do much. I embedded myself in the surrounding landscapes. I was aimlessly wandering about and exploring the wild coast of the river Drina watching its flow as the storm was closing in. I was sitting at the wooden bench sheltered by a straw umbrella and counting the seconds between the lightning and the thunder. I was picking berries in the forest, and chasing dragonflies and admiring their beauty. I was getting scratched whilst trying to reach out to the juicy wild fruits in the thick bushes. I positioned myself on top of the hill and observed the formation of the rainy clouds and the curtains made of rain connecting the surrounding hilltops and valleys. My hair was humid, my skin was scratched and muddy and my whole body was shaking in the sudden blast of chilly air. I wrapped myself in the beach towel and stood for hours in the summer breeze. When the sun shone through again, the tingling sensations overwhelmed me. Standing there, seemingly lost and alone, feeling the elements on the naked skin meant being part of the natural processes. As Tesla once said, when one feels the electricity in the body, then she knows she is part of the universe.

When one is in a royal spa, then why not behave like a king? I put on walrus moustache and got into King Peter’s shoes. I walked into the grandiose building adjacent to King Peter’s bath. I decided to purchase a “Royal day” as I was dying to learn how the king himself did it. The wellness centre is of a retro-futuristic interior; a mixed bag of old-fashioned design and new technologies which give away the modern era. It is certainly regal, very spacious with high ceilings and vaults and giant wooden doors with stylistic iron decor. I followed the therapist down the long corridor to the peloid room. The treatment started with the mud wrap. The bed was covered in cling foil over which the mud was spilt from the bucket and spread over by hand. It looked like the finest Belgium chocolate was melting all over the bed, although it was far from it for its smell of sulphur. I got wrapped up in peloid in which my body too became liquid. While I was laying motionless, my eyes were running across the room and the mellow music additionally relaxed me and nearly put to sleep. But, my mind was busy thinking of a long time the mud actually requires to ripe and become suitable for medicinal purposes. I spent a good twenty minutes wrapped in mud, smelling mud and thinking about mud. After a nice scrub and shower, I had a long thermo-mineral bubbly bath in the authentic bathtub. Then I dipped myself in the outdoor pool before the full-body anti-stress massage, and a fruit punch to finish off the programme. The mud was still occupying my mind. 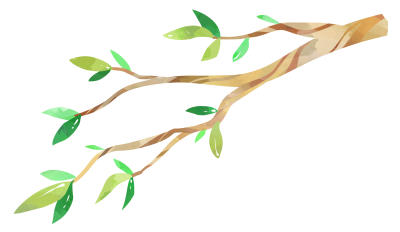 Getting cosy and creative

I discovered nice eateries in the area, however without really searching for them. I flâneured in the rain along the main pedestrian street in Loznica, named after Jovan Cvijić, the founder of Serbian geography, who was born in this city. I was peeking into alleyways which very much reminded me of those in Novi Sad opening up into small squares full of cafes and restaurants and craft shops and people. One of these passages seemed particularly cosy. It was covered in lush greenery, the instrumental music was playing, the birds and parrots were chirping in the corner and it was empty of people. The air smelled of rain and leaves in the forest, combined with the smell of burned woods and pizza just getting crispy in the oven. I ordered fresh orange juice and some food and took the notebook out of my bag. It was just then when I started thinking about what free time actually means and what not doing much actually does to us. Having no plans or social commitments, having no direction of movement, doing things as they come, and as I please. It was also then when I remembered my conversations with a friend around concepts such as German Muße or Latin otium, or Serbian natenane. In essence, they all mean being idle – a qualitative and meaningful way of being. And this is exactly what I was doing, thus I wrote down: “Savouring idleness on holiday”. And this is how the writing unravelled around the idea of doing nothing as a creative, restorative and recuperative holiday activity. 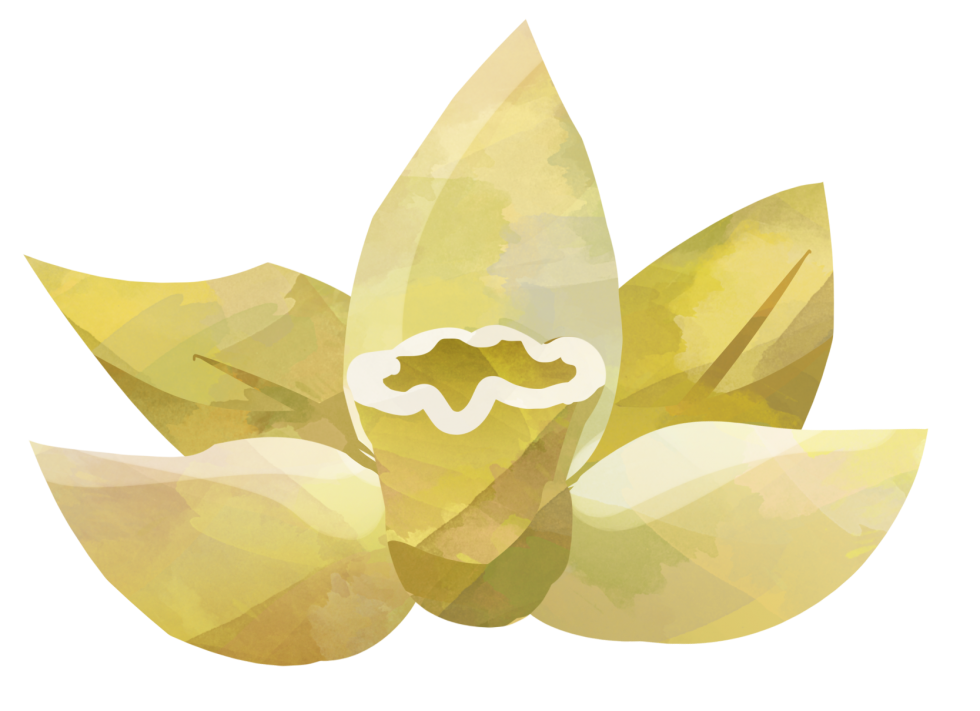 When you think about it, the frenetic digital era and capitalist society in which we live teach us to be relentlessly fast, networked and productive. At the same time, it makes us feel guilty if we are idle, slothful or unproductive. In such world, being bored is not considered a virtue, but rather as something that may get us into trouble or else, we could be excluded from certain social circles as no one wants useless time-wasters around. However, our fast and furious society keeps forgetting that idleness is, in fact, a noble activity. We forgot how to stop and rest, relax and recuperate by doing nothing. In the past, people of higher standing would often relocate to the countryside as it allowed space for boredom and idleness as part of quality leisure time. Doing nothing was considered beneficial not only for mental and physical health but also for boosting creativity and imagination. My short escapade into the spa town as an ideal otium place taught me how to stop to pause in the world where the construction site is the metaphor for constant busyness; how to appreciate stillness and idleness; and how to think of boredom and laziness in a totally different way.