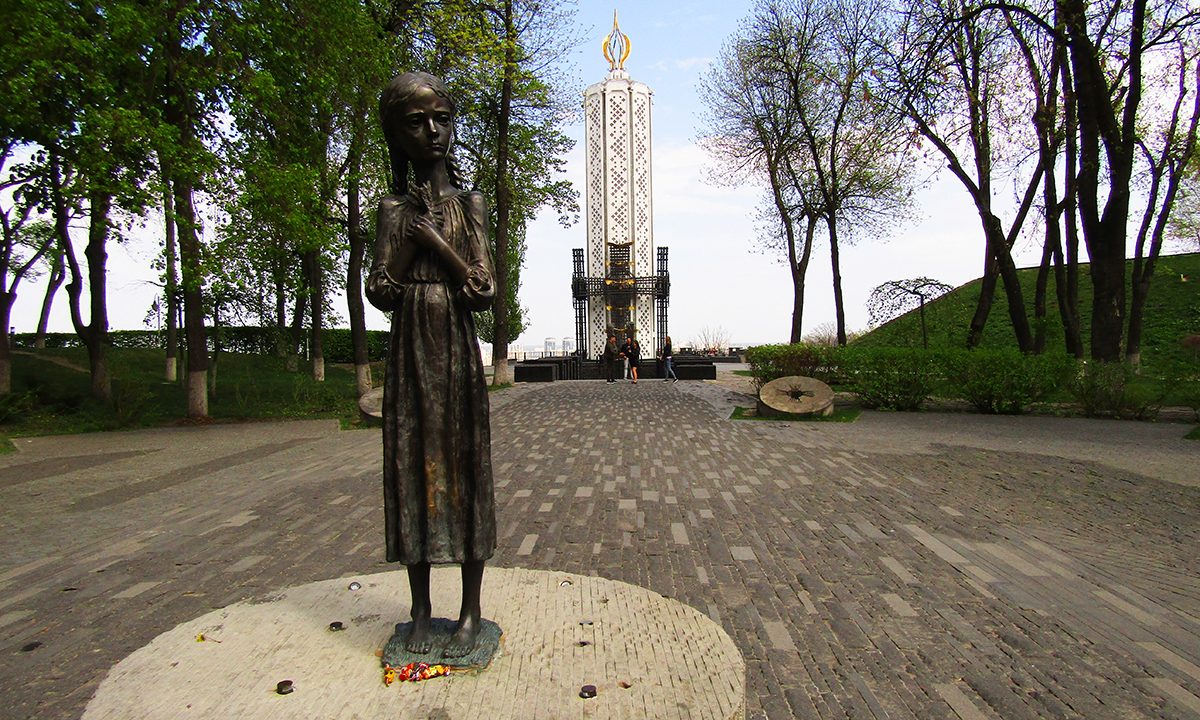 The contested past of Ukraine

In the early 1930s, the great famine descended on Ukraine. Claimed to be an intentional and man-made act which aimed to prevent the Ukrainian independence movement by Stalin, the term Holodomor carries in itself a weight of tragedy, suffering, and great human loss. There are still scholarly debates whether or not the Holodomor was intentional and genocidal, however, in 2006, the Parliament of Ukraine voted to recognise this event as a deliberate act of genocide over Ukrainians. To preserve the memory of the tragedy and honour the victims, the Memorial to Holodomor Victims was erected in 2008 on the 75th anniversary of Holodomor on Pechersk hill overlooking the river Dnieper.

The museum is located under the monument and its architecture is full of symbolism. Through permanent exhibitions, movies and artefacts it interprets the great famine that wiped off seven to ten million ethnic Ukrainians. The monument is of a candle shape, dotted by cross-shaped glass windows of various sizes and of traditional Ukrainian embroidery pattern, symbolising souls of starved people. The bronze figures of storks soaring from the base of the monument represent the rebirth of the Ukrainian nation. The most prominent symbol however, is the statue of a young girl (named the Bitter Memory of Childhood) positioned amid the alley leading towards the monument. She is barefoot and anorexic, but looking hopeful with her arms crossed over her chest. People interact with her every day by placing biscuits, fruits and candies by her feet, to symbolically help her go through difficult times. 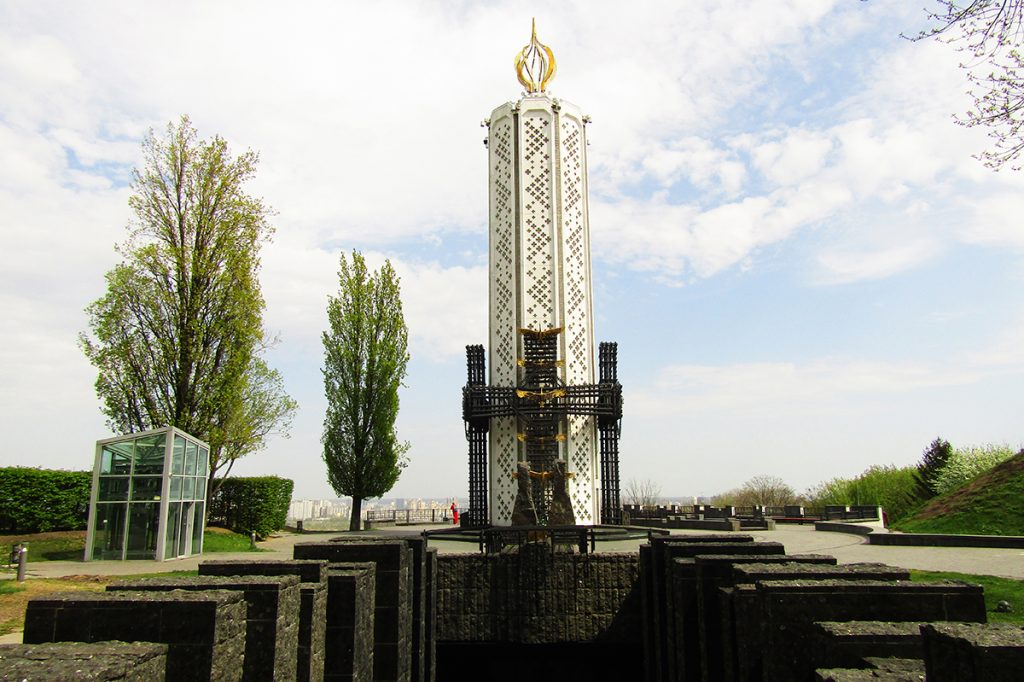 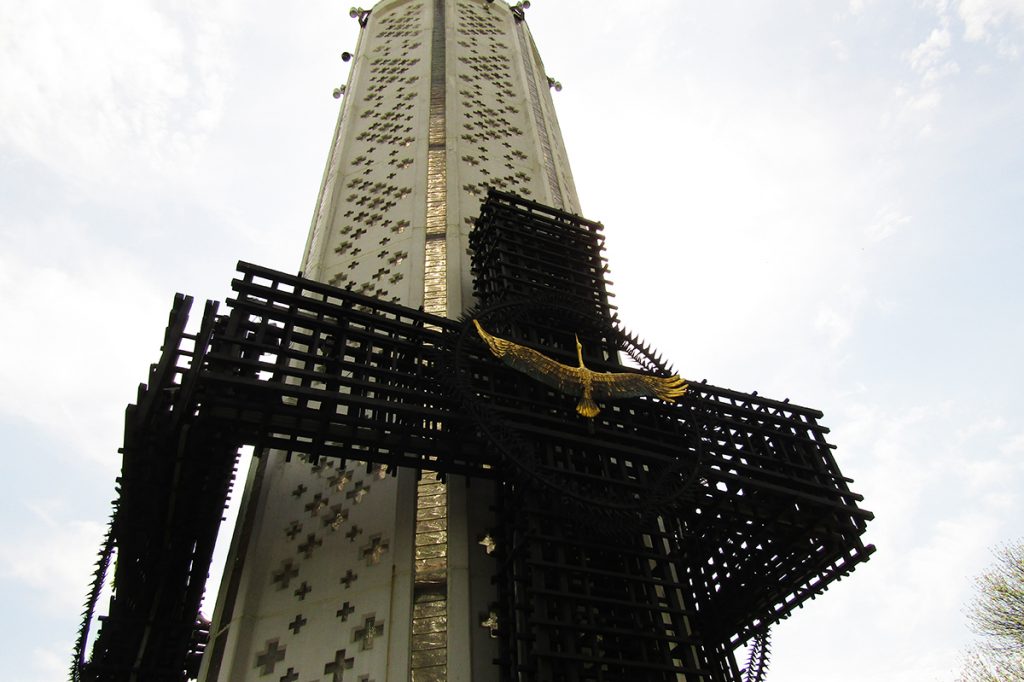 Since it regained its independence after the Soviet Union dissolved in 1991, the recent Ukrainian history has been mostly interpreted through political unrest and civil protests. The Orange Revolution of 2004, a chain of protests nationwide that occurred as a reaction to the results of fraudulent presidential elections, was followed by the Maidan in 2013/2014. This time the Ukrainians were revolted by the government’s decision to maintain closer ties with Russia rather than join the EU. Various installations at Maidan Nezalezhnosti (Independence Square) speak of this three-month heroic event which resulted in deaths of nearly 130 (mostly young) civilians and policemen, and removal of the president Viktor Yanukovych who succumbed to the pressures of the protesters, eventually fleeing the country.

The Maidan square and the Khreshchatyk street were the main points of protesters’ gathering, however there were several spots nearby which were spaces of direct conflict between the police and protesters. While walking along the Institutska street, one can see the body-shaped outlines marked on the ground, in this way commemorating the ones who heroically sacrificed their lives to fight for human rights, more democratic future, and against the corrupt government. 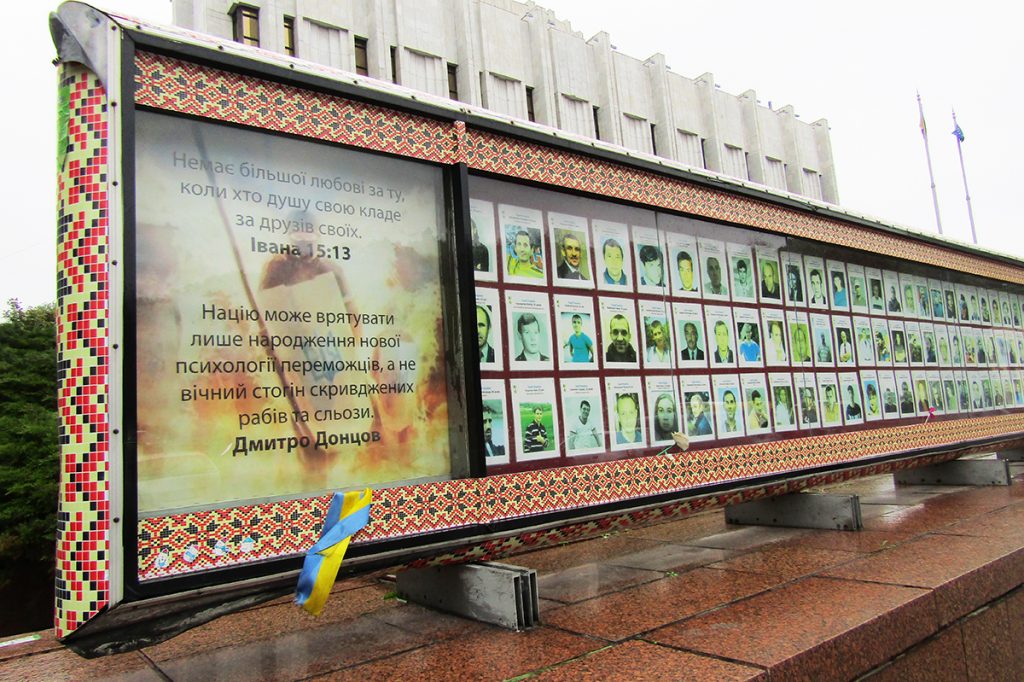 Chernobyl nuclear disaster is a well known and documented event that is claimed to be the major reason for the implosion of the Soviet political system. The Chernobyl Exclusion Zone tells the story of the catastrophic event of the night of 26th April 1986 when the nuclear rector 4 exploded and released enormous amounts of radioactive matter into the atmosphere. The Zone is now available for visits in he company of a qualified guide, who interpret the places and events that were taking place in the area.

One of the most photographed places in the Zone is perhaps the central square of Pripyat which has been entirely taken over by vegetation, as well as the ferris wheel which was open for Mayday celebrations and were in use only one day. This however, is the most radioactive spot in the Zone, and some chairs are marked with ‘X’, signifying the hotspot; a place where the geiger counters go crazy. 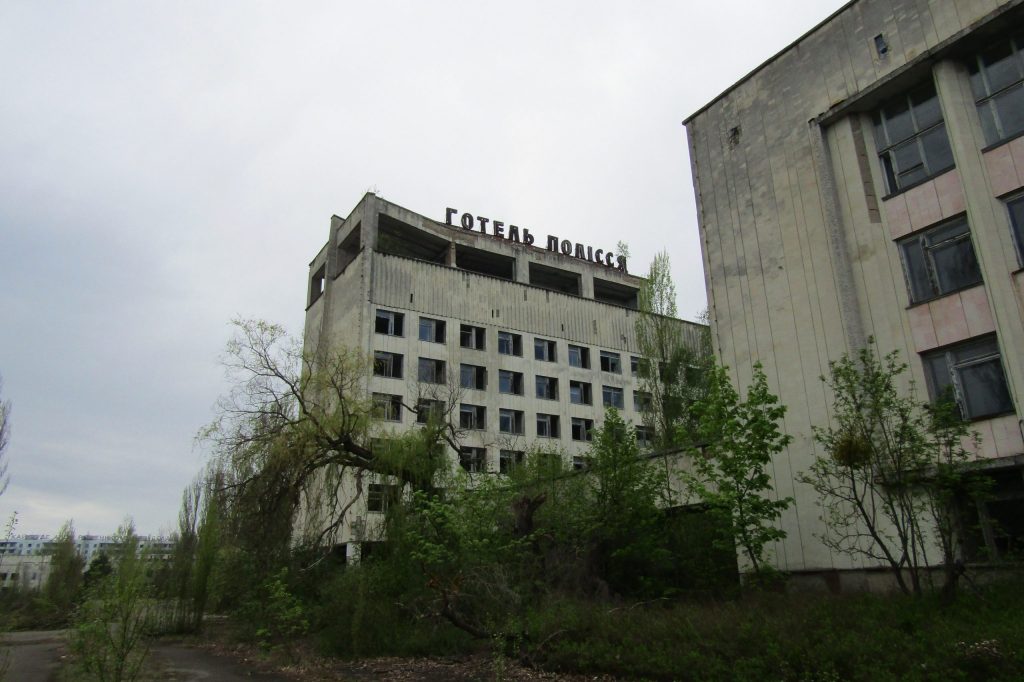 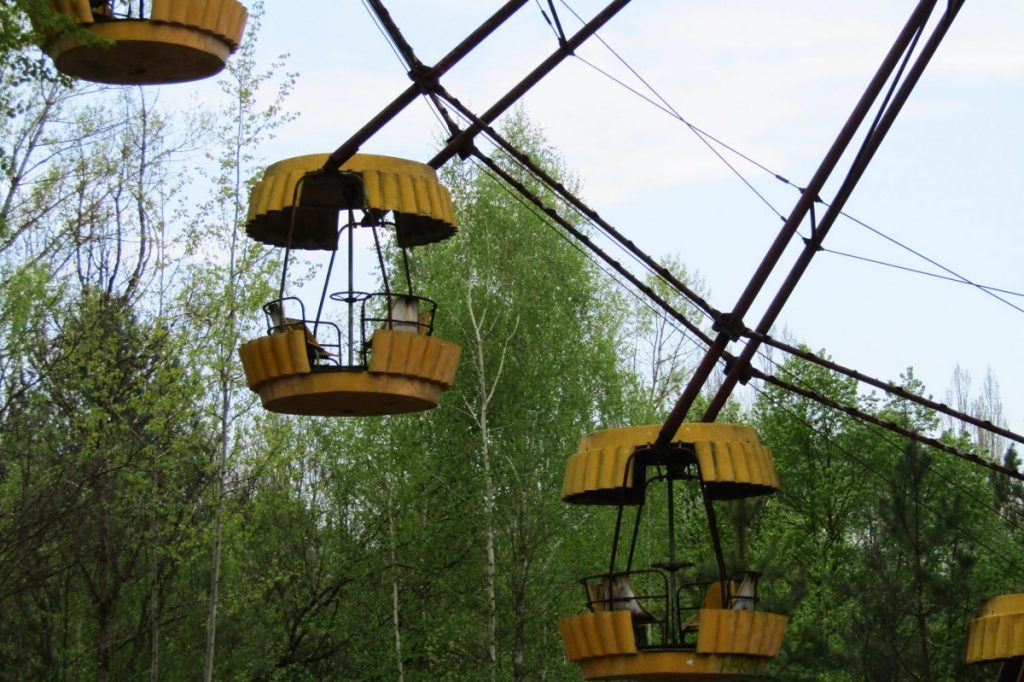 The alternative way to learn about the event is by visiting the Ukrainian National Chernobyl Museum located in the centre of Kiev. While it is a visually engaging experience that exhibits various aspects of the Chernobyl disaster of 1986, complimentary to the Zone, in no way can it be compared to being there in person. Original instruments, uniforms and personal belongings can be seen there, as well as the impressive movie showing the construction of the new sarcophagus in 2018. 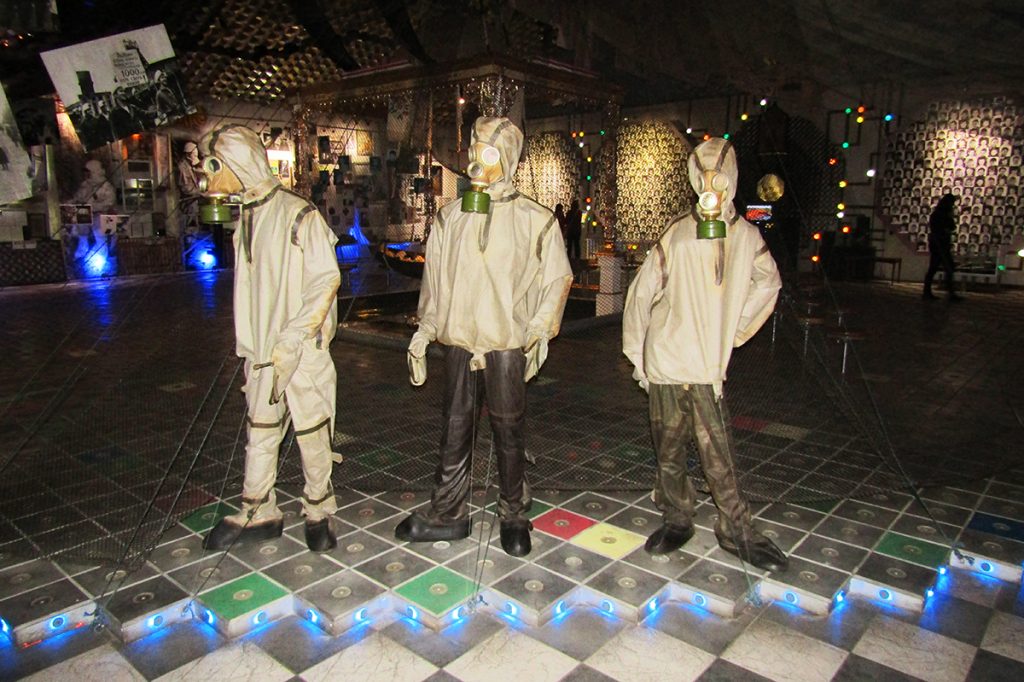